To our patient family,

Patient and team health and safety has always been taken very seriously at our dental practice. In addition to the health and safety measures we employed in our office previously, we are encouraging our employees to stay home if they are not feeling well or have been possibly exposed to someone who is ill. We are asking our patients to do the same and please call to reschedule your appointment if you or a family member have any flu- or cold-like symptoms (i.e. fever, cough, sore throat, shortness of breath, etc.).

We will continue to use the CDC- and OSHA-mandated cleaning and disinfection protocols in our treatment areas, including utilizing a bactericidal, viricidal, fungicidal and tuberculocidal disinfectant that will kill the coronavirus.

We encourage our patients to wear masks while in our office building.

Thank you for your cooperation. We look forward to seeing you soon!

Sheridan Dentist on Types of Smiles 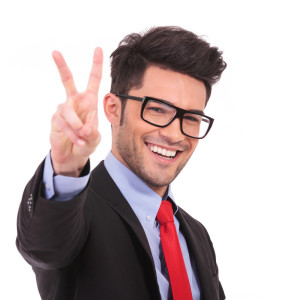 Personal politics aside, you’ve probably been attuned to more government matters than usual over the last week or so. Part of a politician’s business is emitting a certain degree of friendliness and kindness. Nothing can portray a sense of being relatable more than a warm smile. Yet public figures are often coached on how to create smiles out of thin air, even if they aren’t feeling particularly happy during a speech or on the campaign trail. Your Sheridan dentist, Dr. Donald Coon, would like to share some interesting facts about smiles in our government throughout U.S. history.

People with a nice, confident smile are thought to receive more frequent promotions and receive higher salaries in the work place. It is no wonder that smiles are an essential element in a presidential campaign. In fact, the Impulse Research Corporation, on behalf of the American College of Prosthodontists (ACP) conducted a survey during the 2004 presidential election that showed 62 percent of people preferred George W. Bush’s smile to that of John Kerry.

George Washington has long been rumored to have sported wooden dentures in his mouth to replace his missing teeth. In actuality, President Washington had two complete sets of dentures that were made from much more refined and expensive materials than termite-prone wood. Carved from hippopotamus ivory and gold, one set of President Washington’s teeth were loaned to the Smithsonian Museum in 1976. Unfortunately, the presidential dentures were stolen from the storage area before they were ever displayed. They have yet to be recovered after all of these years.

Can You Feel It?

An interesting thing to consider as you watch political figures speak is how often they flash posed smiles. Also known as false smiles, posed smiles are not genuine, but are often flashed in the middle of speeches in response to audience applause or to emphasize a clever joke inserted into the speech. Felt smiles are real and sincere. To tell if your favorite politician means it when they are smiling, take a look at their eyes. Felt smiles elicit muscle contraction that will give a tell-tale crinkle in the eye are.